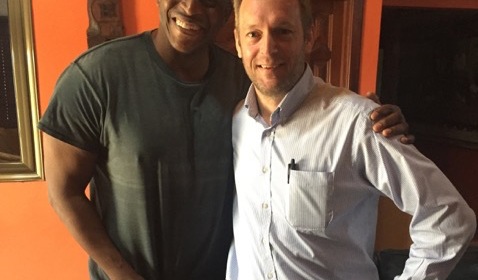 The President of Ghana Rugby, Mr. Herbert Mensah, and the GRFU Tournament Commissioner. Mr. Steve Noi, met with Mr. Rob Oram of the Accra Rugby Club at the Office of the President in Osu on Tuesday 10 November to discuss various issues in the interest of Rugby development in Ghana.

END_OF_DOCUMENT_TOKEN_TO_BE_REPLACED

Some families of victims of the May 9th Accra Sports Stadium disaster that resulted in the death of over 120 people have accused government of neglect.

END_OF_DOCUMENT_TOKEN_TO_BE_REPLACED

Veteran sports journalist, Kwabena Yeboah has tagged former Asante Kotoko Board Chairman Herbert Mensah as the greatest leader he has ever met at the Porcupine Warriors.

After his appointment as Board Chairman of Kotoko by the late Asantehene, Otumfuo Opoku Ware II in 1999, Herbert Mensah devised a 5-year strategic plan that was aimed at rebuilding the club to ensure excellence both on and off the pitch.

During Mr. Mensah’s tenure, Kotoko was able to generate a 234 million old cedi Mobitel Ghana sponsorship deal to settle unpaid player salaries and hand each of the 18 players a Star Call cellular phone and starter pack before introducing Kotoko Express, the club’s official mouth-piece, onto the news-stands.

The era of the Mr. Mensah also saw Asante Kotoko being handled by top coaches like Ernest Middendorp, who contributed to the club’s rise to become the second best team on the African continent behind Al Ahly of Egypt.

“There have been several great leaders of Asante Kotoko the likes of Ernest Yaw Ofori Barwuah, Paa Nuako but Herbert Mensah is the greatest I have met in Asante Kotoko,” Mr. Yeboah told Starr FM.

Asides his plans to commercialize Kotoko’s games, training sessions and programs through radio and television stations, Herbert Mensah was ready to oversee the construction of a 75,000 seater sports complex for the club on a 50-acre land given out by the team’s life patron, Otumfuo Osei Tutu II.

But, the plans of the Economist at the latter stages of his era could not materialize after his tenure came to an end in 2003. And, Kwabena Yeboah is disappointed that Herbert Mensah was never given another opportunity to run and improve the club.

“My biggest regret is that he was not allowed to actualize his vision for Asante Kotoko,” Mr. Yeboah added. 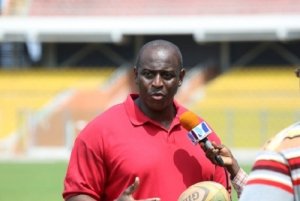 Renowned sports journalist and analyst Kwabena Yeboah has described a former Board Chairman of Asante Kotoko, Herbert Mensah as the greatest leader he has ever met at the Porcupine Warriors.After his appointment as Board Chairman of Kotoko by the late Asantehene, Otumfuo Opoku Ware II in 1999, Herbert Mensah devised a 5-year strategic plan that was aimed at rebuilding the club to ensure excellence both on and off the pitch.

END_OF_DOCUMENT_TOKEN_TO_BE_REPLACED

Former Chairman of Kumasi Asante Kotoko, Mr. Herbert Mensah has lauded the performance of the senior national team, the Black Stars at the just ended Africa Cup of Nations.

Assessing the team, the sports and marketing management consultant said he was impressed with the technical abilities of the players.